Thanksgiving I and II

Thanksgiving is my favorite holiday bar-none and this year, I got to celebrate it with good friends (though I’m not a huge fan of the term “Friendsgiving”) and family. For the first event, Artemis went all out (as she often does), rented a beautiful event space in her building and ordered the Momofuku Bo Ssam to-go deluxe package (pork belly buns, bo ssam with sauces and fixings, multiple side dishes and biscuits) to go along with all the other dishes brought by guests (Vanessa brought a huge vat of potato gnocchi with pesto and sun-dried tomato sauce from a mom-and-pop shop in Hoboken that we couldn’t stop eating despite it being such a carb bomb). Bottles of wine and pounds of pork later, we still managed to finish off the party with ridiculous ice cream sandwiches of Momofuku Milk Bar corn cookies and strawberry ice cream. 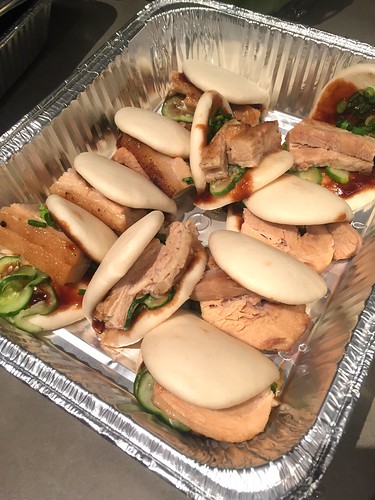 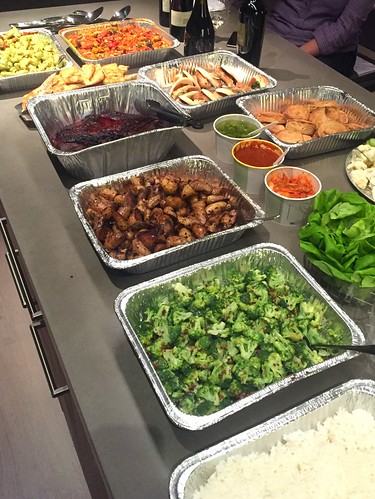 For actual Thanksgiving, our family goes out to Long Island to see long-time family friends every year and it’s a pretty big affair of three or four families. There’s all of the traditional American dishes (roast turkey, stuffing, gravy, sweet potatoes, macaroni and cheese) but also a healthy mix of Chinese dishes as well (braised beef and bean curd, my Dad’s stir-fried vermicelli, steamed whole fish). It’s a night where we really get to relax, slow down a bit and truly appreciate how lucky we are to have our family, friends and good health (which we then make a little bit worse by eating three pies and a Momofuku Milk Bar pumpkin pie cake – you’ll see that Momofuku offerings usually have some appearance at any celebration I attend).

Thanksgiving weekend is also one of the few times a year where going back to New Jersey is not an option, and this time around, I got to catch up with old friends and try some new eateries, including a hole-in-the-wall Baguette Delite in South Edison that serves $5 banh mi’s and super tasty summer rolls. Always nice to get out of New York City and take some extra time to enjoy the simpler things in life. 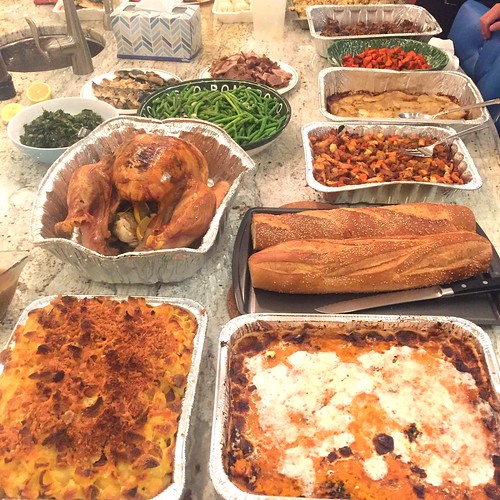 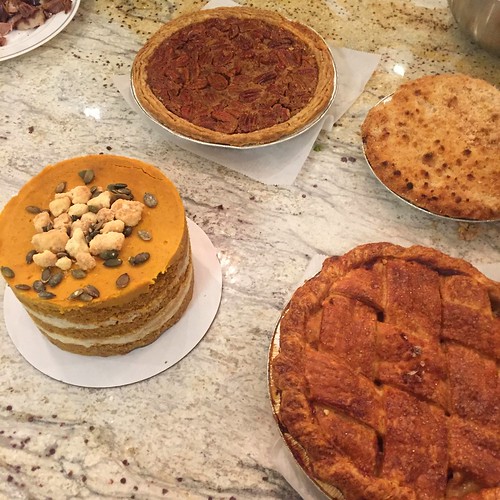 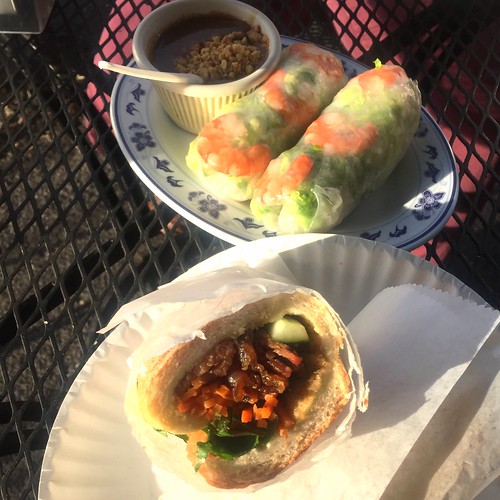 Hoping everyone had a lovely Thanksgiving! We spent last night with close friends (between two families, seven daughters!) and some peculiar cats and tucked into some amazing Turkey Day classics and desserts from Financier. So thankful for my family and friends and looking forward to all the good times still to come.

Thanksgiving Weekend Round Up

Still recovering from all the wining and dining this past weekend. Posting photos with some rambling now, recipes may come afterwards.

Wednesday – Family friends came to the house from Boston, bearing nine, gorgeous live lobsters. We found this out after we’d already steamed a dozen Chesapeake blue crabs and purchased an entire roasted duck. Opened a bottle of Marques de Riscal and had a happy time around the table. Surprisingly finished almost all the food we had to eat.

Thursday – Thanksgiving at Nan’s in Long Island. Met her fiance, James. They’re so cute together. Two whole turkeys, endless side dishes, four giant desserts. Nan’s zombie, hairless cat named Zoey who hissed at me when I tried to take her photo. Failed at working off calories by playing Wii Home Run Derby. Food coma all the way home.

Saturday – Visited Nan in NYC. Ate and ate and ate,including smores. Watched Zombieland, laughed at Tallahassee and cried at the blood and gore. Joe is a LIAR. More wine and Wii. Played House of Dead and shot fake zombies to make myself better about the movie. Could not sleep.

Sunday – Woke up to zombie cat Zoey staring me in the face. Huge farmer’s breakfast at Cornelia Street Cafe and Bakery. Murray’s Cheese on Bleecker. IBERICO HAM. Home. Birthday noodles, pre-20th bday celebration with fam. Thanks for the gifts! Pass out.

You are currently browsing entries tagged with thanksgiving at Notes on Food.