Super delayed post on a trip to San Francisco and my first time in California (gasp). As expected, a lot of my activities were planned around meals and restaurants and, for dinner the night of my arrival, we went to Traci des Jardins’ French-influenced restaurant, Jardiniere. Being from New York, I’d decided to walk there from my hotel (only about 30 minutes or so), not realizing that my route would take me through the sketchy-ass Tenderloin neighborhood, but I managed to get there in one piece (albeit, slightly shocked by the sight of multiple people shooting up heroin out in the open).

The restaurant itself was beautiful and maybe a little bit fancier than I’d anticipated, and we started out with some raw oysters with all the typical fixings, delectable little bites of sea urchin, lardo and zesty meyer kosho on crostini and a colorful salad of juicy heirloom tomatoes with crisp romaine, fried bread and crescenza (a soft, creamy and very delicate cow’s milk cheese). All the hype that I’d heard about California’s fresh and amazing produce rang true and I started getting super excited about tucking into a big meal after a morning of traveling. 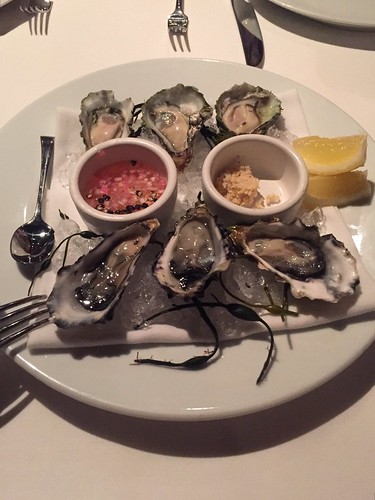 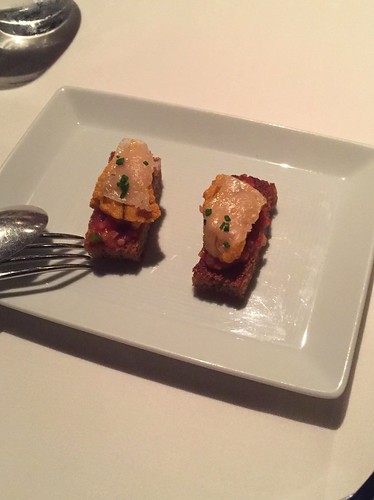 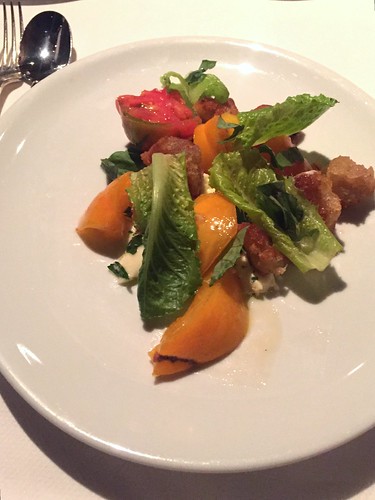 For our next course, we ordered an absolutely killer gnocchi dish with lamb sugo and cabbage, which I absolutely fell in love with, the duck breast and confit with sweet corn and pumpkin seed mole and a side of creamy polenta and goat cheese. It turned out to be a ton of food (I still felt stuffed the next morning) but everything was delicious. You could tell that the pasta was made from scratch (so fluffy) and the duck was perfectly seasoned and prepared a nice medium rare. The polenta also had a ton of corn-y flavor and I appreciated the tangy accent from the goat cheese. Let’s just say that by the end of the meal, after a bottle of red wine, I was certainly succumbing to the charms of the West Coast. 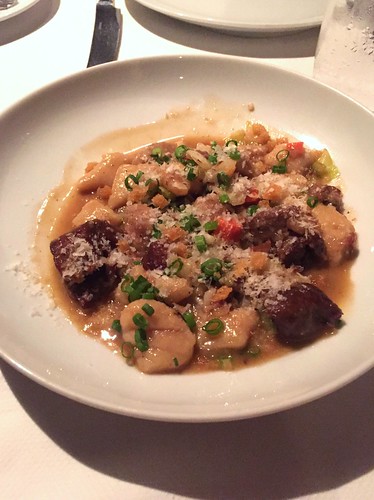 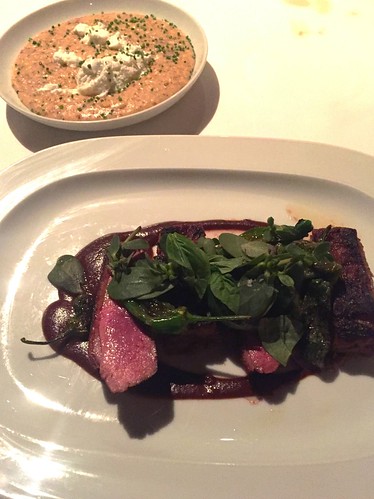 You are currently reading Jardiniere at Notes on Food.