Procrastinating all the work I have to do this weekend and reliving this amazing dinner at Shuko near Union Square when I had all the time in the world in between jobs. It’d been a long time since I’d splurged on sushi and the kaiseki menu offered also features a few cooked preparations, including some super luxurious supplements. The interior is minimalist and dominated by the ash 12-seat counter, and the night I was there dining solo, top 40 was blaring. Some highlights of the all-around outstanding meal were the fatty tuna belly tartare and caviar with Japanese milk bread course; beautiful sunchokes, lobster, truffles and a subtle taste of bacon; sea trout; Santa Barbara and Monterey uni and a whole procession of pristinely prepared fish. I wish that I’d been given a menu of all the courses at the end of the meal so I could recall exactly what I had but since some courses were also customized based on personal preferences told to the chef throughout the meal, I didn’t want to be a bother. Instead, I’ve made another reservation for July and will be curious to see menu changes according to the summer season. If anyone wants the second seat, let me know. 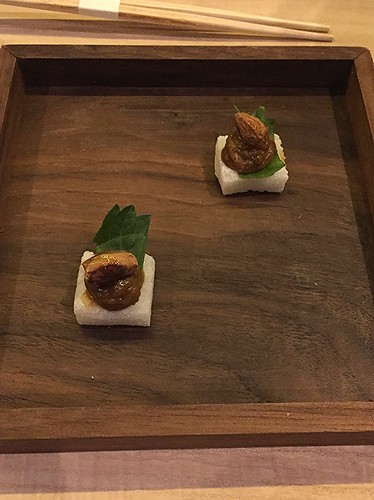 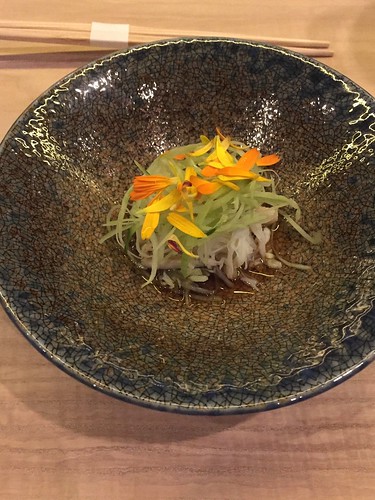 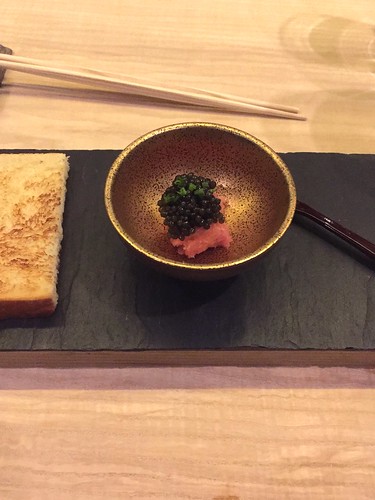 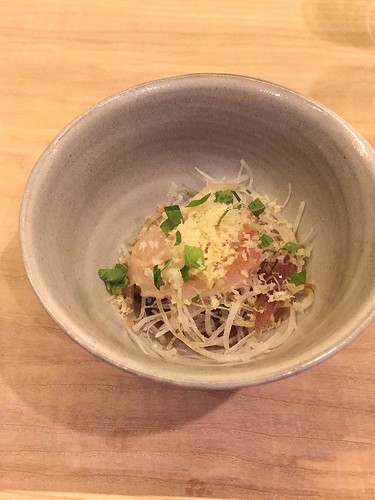 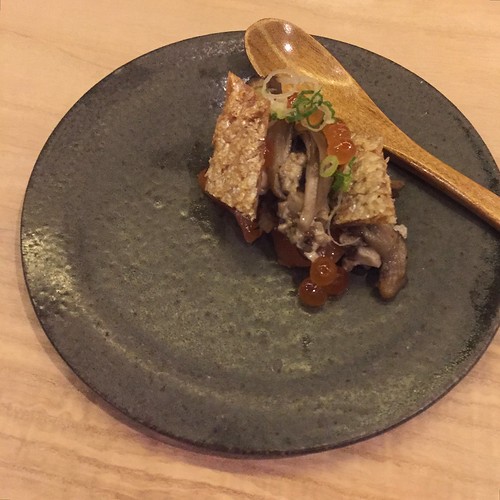 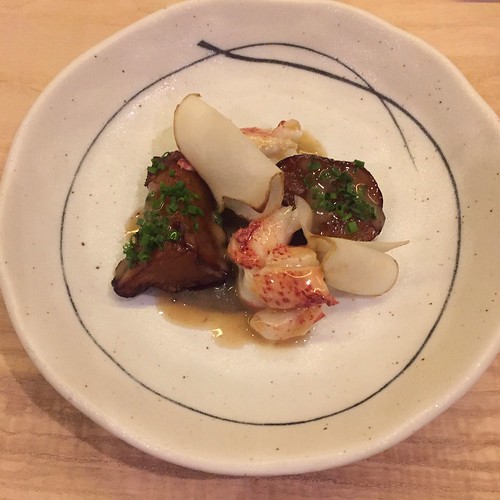 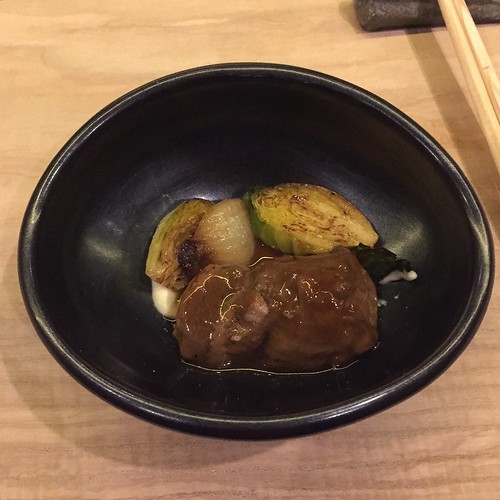 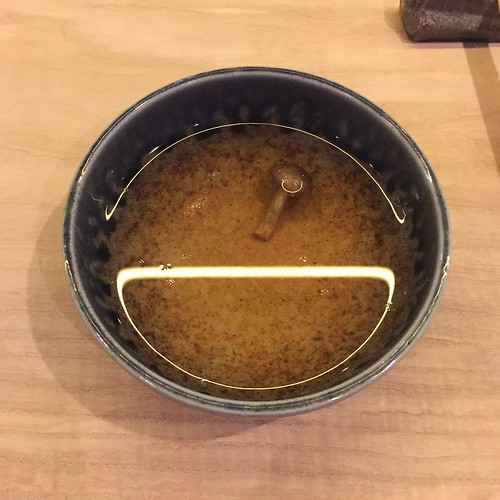 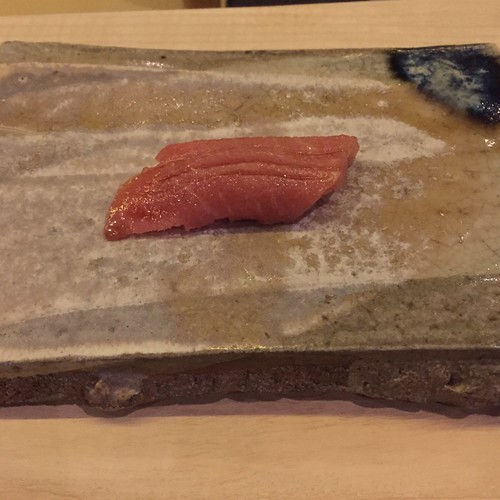 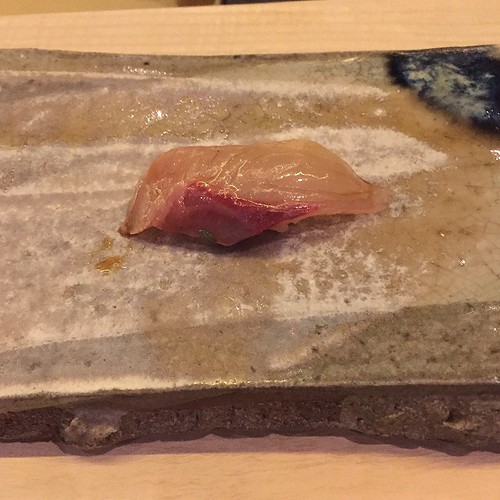 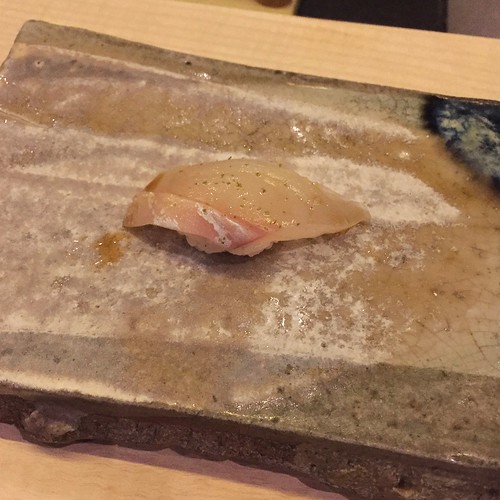 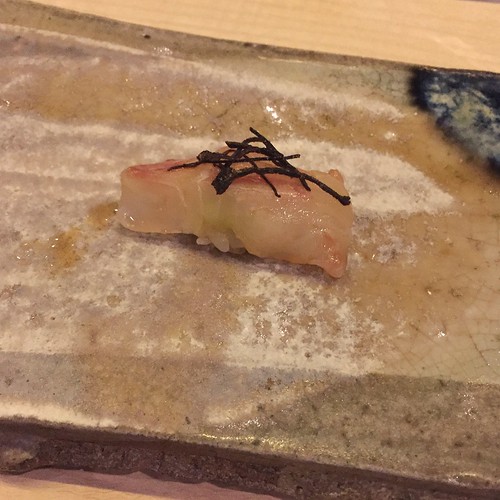 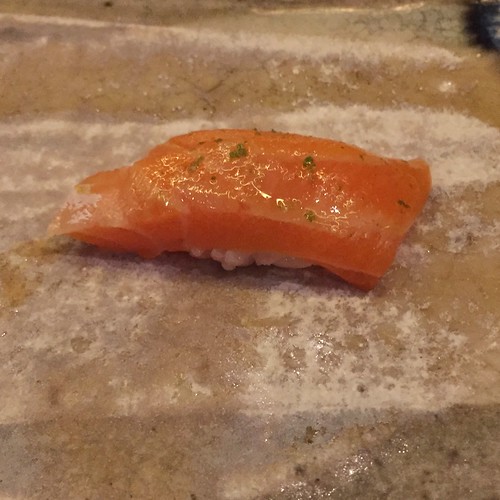 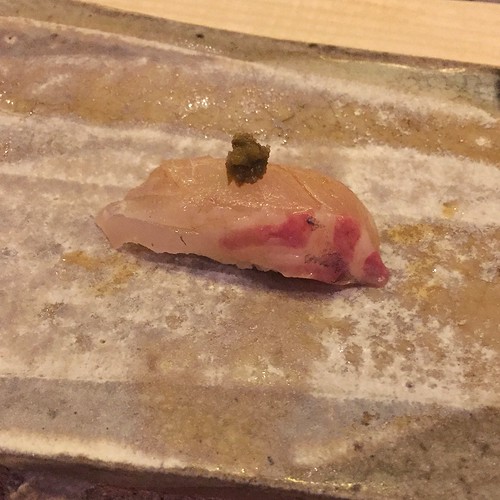 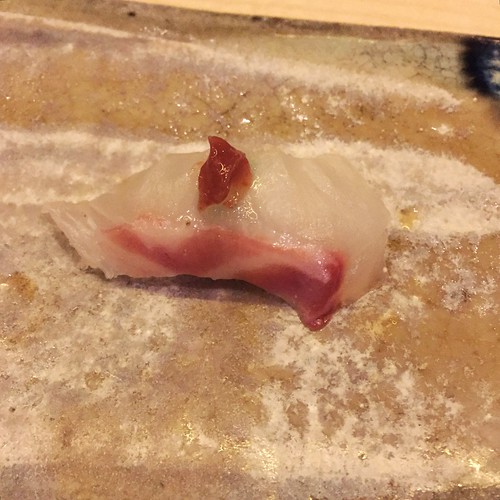 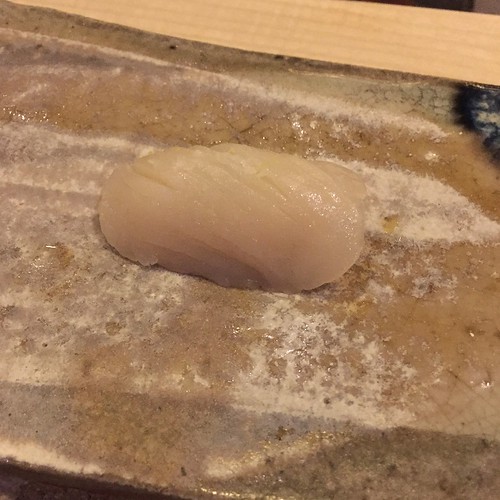 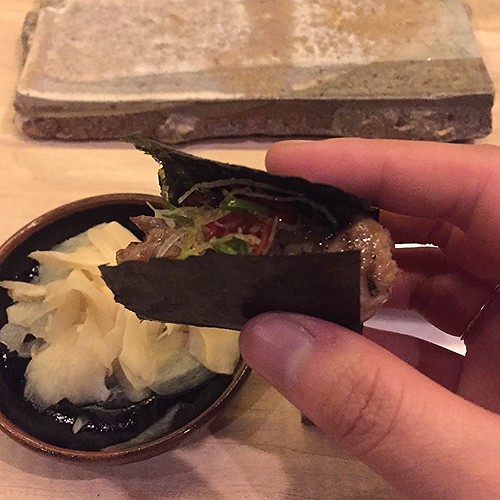 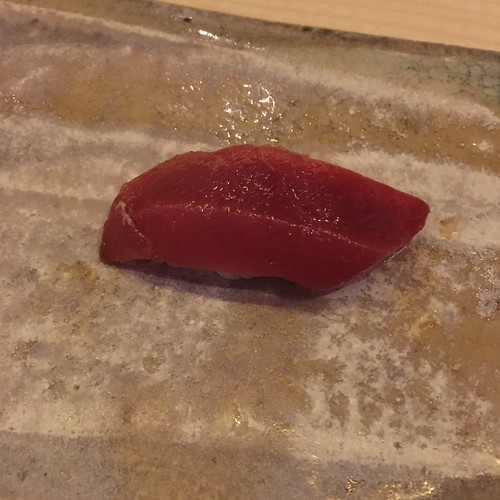 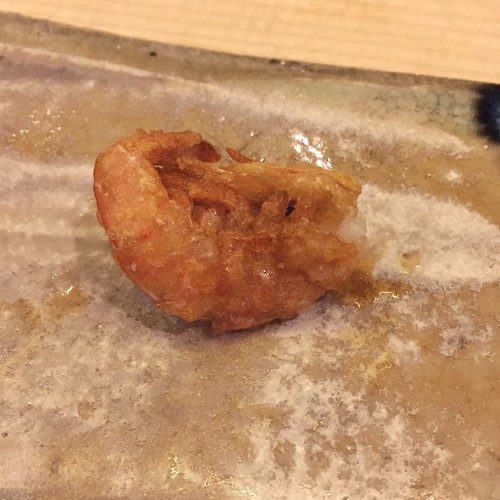 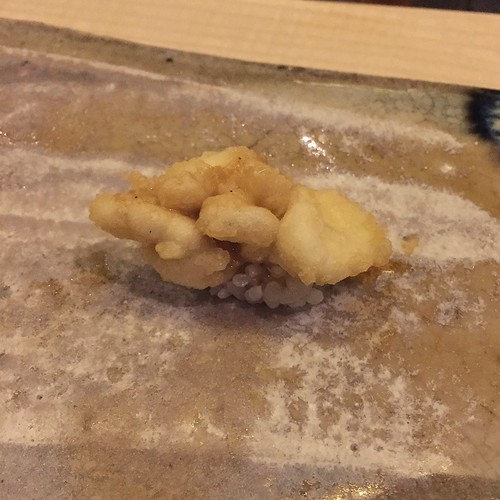 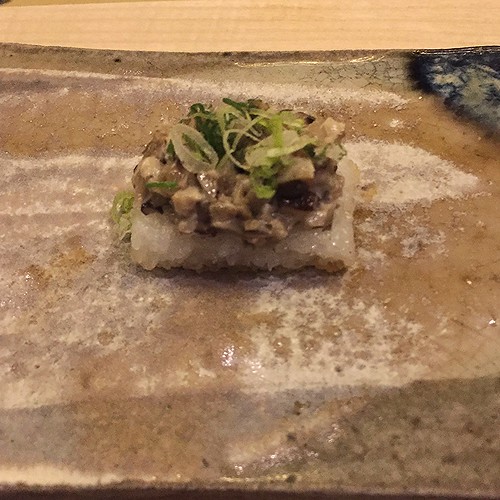 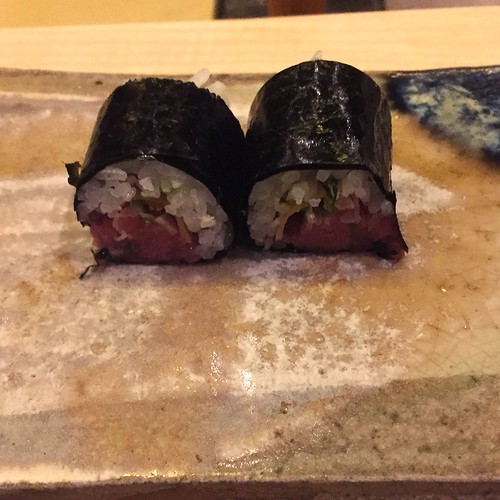 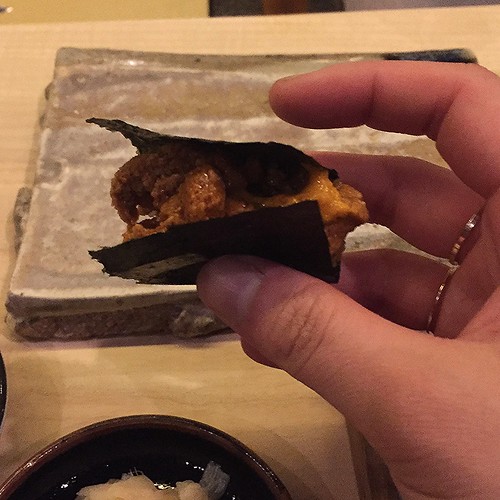 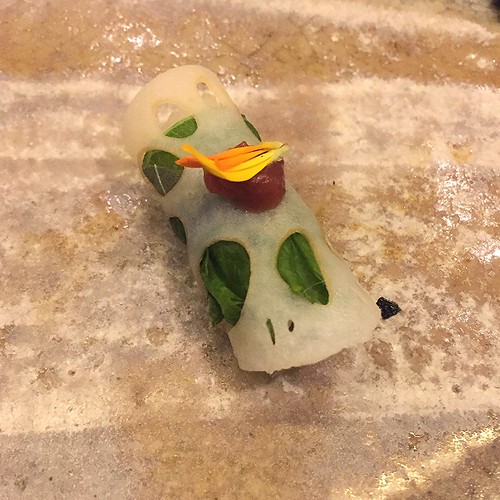 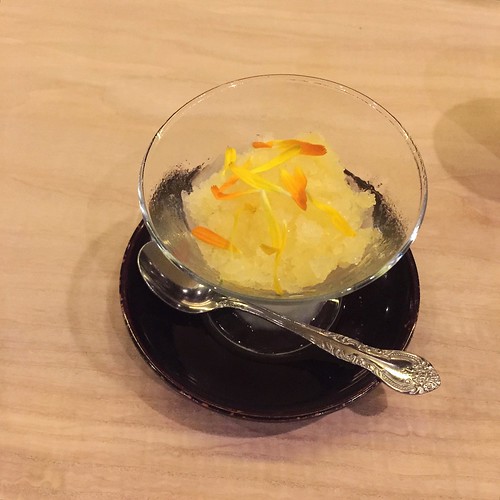 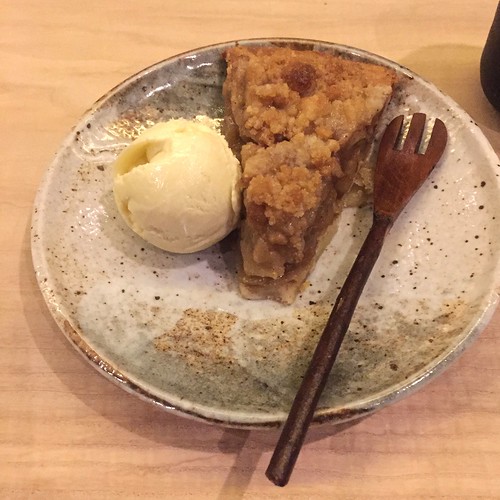 You are currently reading Shuko at Notes on Food.