Three months later…another large format meal at Momofuku Ssam (I swear that I eat at places other than Momofuku).

This time, we had the whole rotisserie duck stuffed with duck and pork sausage (and served with chive pancakes, bibb lettuce and four flavorful sauces) with the broccoli salad (smoked bluefish vinaigrette and crisped duck skin), spicy rice cakes and sausage (because it’s too good to not order), pork belly buns (for the Momofuku virgins), and crispy fingerling potatoes (with crab mayo and chili).

Yet again, so much food for the five of us (the maximum allowed is six), even with multiple rounds of eating, but we still managed to knock back a few Blood Mary’s (which had country ham in them) and dig very deep when it came to the dessert of Concord grape sorbet with black sesame and peanut crumble (in other words, the best iteration of the PB&J ever) and mint julep truffles (which were a little too dense and sweet for my taste).

Afterwards, I wanted to pass out so badly but amazingly, an iced coffee from Third Rail and a 45 minute walk all the way downtown managed to keep me upright for the rest of the day. 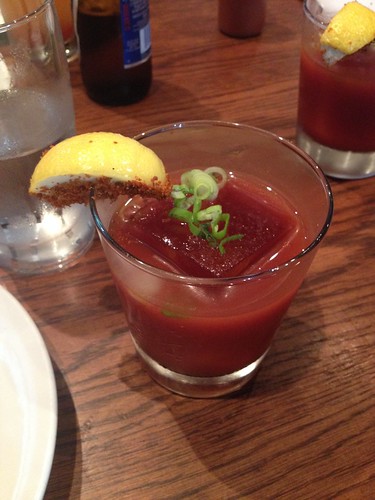 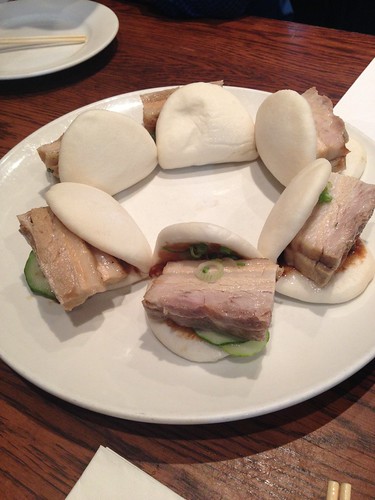 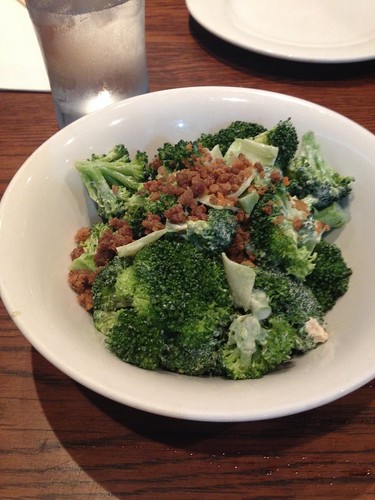 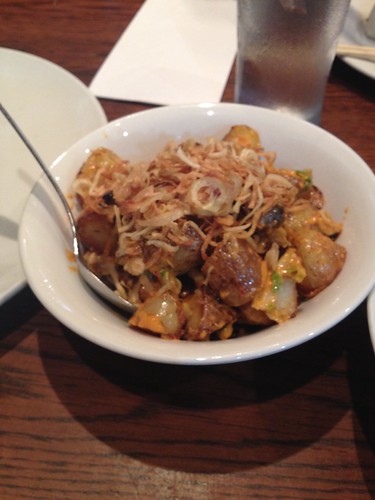 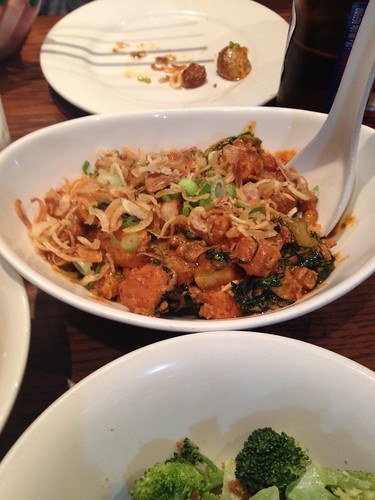 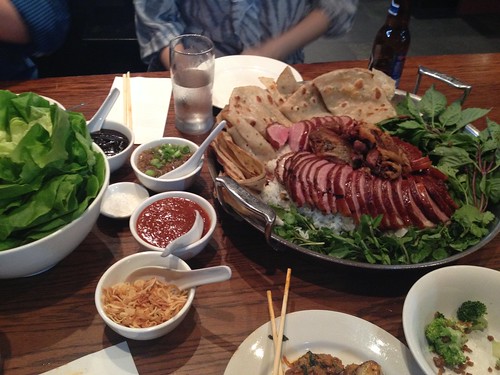 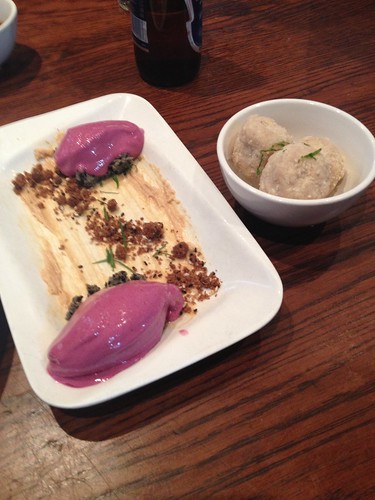 You are currently reading Momofuku whole rotisserie duck at Notes on Food.